​"Red...orange....yellow....green....blue....purple..." Those are the colors of the rainbow, but they're also just some of the (nearly infinite) colors of gemstones that exist! From opaque to clear and everything in between, gemstones are a work of art, a thing of beauty and you're only limited to your budget when it comes to choosing! At Paz Creations...WE. LOVE. GEMSTONES! I think there may be a gemstone for every letter of the alphabet! We often get asked about the source of gemstones, color ranges of gemstones and about setting of gemstones....we'eve decide it's time to dish...are you ready to have some HUGE secrets revealed?

1. Gemstones have Secret Powers.
While it's not a proven scientific fact, and although not everyone believes that gemstones have meaning; for thousands of years, healers have been claiming that gemstones  hold metaphysical powers! Even if you don't believe that gemstones can give you superhuman strength or boost your creativity....can it be all negative to enjoy the beauty of multi-colored gemstones?

2. If it's not a diamond, then COLOR is the most important choice.
While the size of a gemstone typically is connected to its price, the truth is that for gemstones - not diamonds - COLOR is super important!! But often it's a personal decision!! Choose the hues and tones that you love! Ask yourself...do you love the color? Do you love the way the gemstone(s) is set? You have the power to stand out above the crowd...choose wisely!! Are you ready to travel back about 3000 years in history? The Bible records that Aaron, the first High Priest (brother of Moses) wore a ceremonial breastplate. The breastplate housed 12 stones, symbolizing the 12 months of the year, the 12 signs of the zodiac and of the 12 tribes. While we're still traveling back in time, have you heard of the Mythical Birthstone list? It goes back also about 1000 years to Tibet. Have you heard of the Ayurvedic Indian medicine, that also goes back about 3000 years?

But wait, there's more! Celtic Birthstones are assigned based on a calendar devised by the Druids which consists of 13 Astrological months. More lists to add to your collection!

So, how does that affect me? Scholars track the idea, of taking a specific month and connecting with a stone, top about 18th century Poland. According the National Association of Jewelers, the first list of birthstones was defined around 1912.

4. The setting can give any gemstone added pizzazz 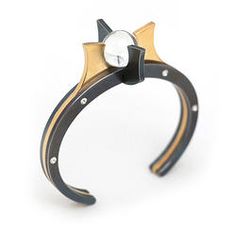 There are quite a few different types of settings.  What's the most common setting? Well...maybe a prong setting is the most popular....but it's certainly not the only one! Consider this: Do you want a super strong setting that will secure your stone for eternity? A prong setting may need maintenance over time, but a bezel set stone won't budge! What about a "crown" setting? Not hard to see how it got its name!

5. There's no such thing as KRYPTONITE
Or is there?  In 2007, researchers discovered an unusual mineral. Lab results had uncovered the chemical makeup of the stone, and found that it was already mentioned....but in fiction!! The chemical makeup of the "real" stone that makes Superman week, is white (not green) but for those of you who love science fiction....we found it!!

6. But there is such thing is LABRADORITE
LABRADORITE Is a stunning gemstone, typically blue in color, and may have stripes, spots or even wavy design. It's a great gemstone, known for its affordability, durability and has been discovered worldwide.

7. Gemstones NEVER go out of style! Maybe in the past gemstones were the exclusive treasures of nobility and royalty....but now, they're accessible and new shapes, colors, hues and settings are available to everyone! Consider your style....consider your budget and then decide the gemstone that's just for you!